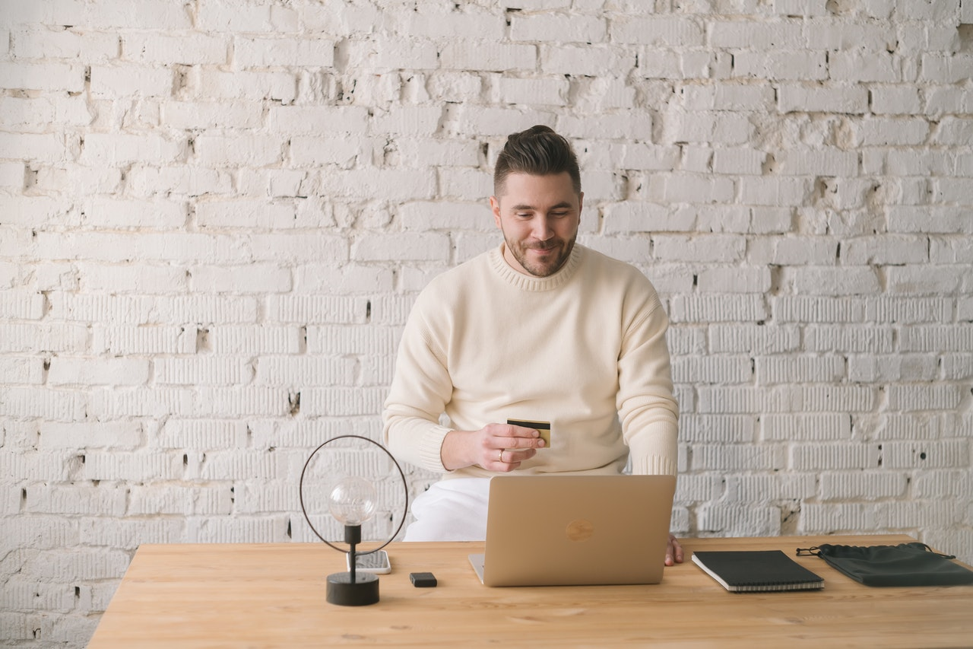 If you were to look through someone’s wallet, you’d probably see a few different bank cards scattered throughout. You likely have some of these cards in your own wallet! When we’re talking about bank cards here, we’re primarily referring to debit cards, credit cards, and prepaid cards. These are generally what you use to make purchases when you’re not using cash.

While it’s fairly normal to have different types of bank cards at your disposal, you may not realize how important it is to understand the differences between them. This means understanding how they’re different, how they’re similar, when one might be a better option than another, and when not to use them. Today, we’re going to go over those very details and hopefully give you a better understanding of what cards you should be using and when.

What is a Debit Card?

Like we said, there’s a good chance that you already have some familiarity with the types of bank cards we’ve mentioned, but if there’s one that you’re likely to have over the others, it’s a debit card. This is one of the most commonly used tools for making purchases, whether that’s in person or sometimes even online.

All a debit card does is allow you to use the money that’s already in your personal banking account – which will likely be your checking account – for purchases. You can even use them to pay bills and set up automatic payments or transfers. In essence, you’re using money that is already yours. You can also use them to withdraw cash from ATMs.

Generally speaking, purchases made on your debit card won’t affect your credit history and there’ll be no interest attached to them.

What is a Credit Card?

Credit cards are also fairly common, and on the surface, they might look pretty similar to a debit card. After all, they’re both bank cards that you use to make everyday purchases. The truth is, there are some important differences in how they function, what their role is, and how they can affect your financial profile.

Just like lines of credit, credit cards are a form of revolving credit. In the case of a credit card, you’ll be given a credit limit which you can borrow against. This credit limit is determined by a number of different factors, but your credit score often plays a big role in this. You would typically use this card to make regular purchases that would be reflected on your credit card statement, which you would then need to pay off.

There’s interest charged on the transactions you make with your credit card, but you’ll have the opportunity to avoid paying this interest as long as you pay off your bill in a timely manner. While you’ll have the option to make a minimum payment, you’ll typically want to avoid carrying over a balance from one month to the next if you can. This way, you’ll avoid interest payments but also any potential negative effect that late payments can have on your credit history. Because the payment activity on your credit card is reported to a credit bureau, making on-time payments may be one way to make a positive impact on your credit history. But late payments can have the opposite effect.

Differences Between Debit and Credit Cards

One of the main differences between these two types of bank cards lies in their capacity to facilitate your overspending. With a debit card, you’ll only be able to spend as much money as you actually have, unless this account has overdraft. Overdraft allows you to spend up to a certain limit past the amount of money you have in your checking account, but you’ll need to pay this money back with high interest fees. But generally speaking, with a debit card, you can only spend as much money as you have.

Because you’re spending money that isn’t technically yours with a credit card – and because you’re borrowing against a specific credit limit – it might make it easier to spend more money than you have. There’s nothing stopping you from hitting your $2,500 credit limit when you only have $1,000 in the bank.

While you can make the same types of purchases with your debit card as you would with your credit card, you won’t need to worry about the potential of paying interest on those purchases. Because you’re only able to spend the money you have, they’re a good way of managing your spending, avoiding overspending, and working within the confines of a tight budget.

On the other end of the spectrum, credit cards offer certain benefits that you just won’t get with a debit card. Firstly, because payment history on your credit card is often reported to one of the three major credit bureaus – Equifax, TransUnion, and Experian – making payments on time may give you the opportunity to affect your credit history in a positive way.

Credit cards can also give you a little breathing room when it comes to paying for emergency expenses. If you don’t have the money in your checking account to handle an emergency but you need funds right away, your credit card may be a potential option. Just keep in mind that credit cards typically come with high interest rates, so make sure you’ll be able to pay off what you owe before your next due date.

If you want to make sure you’re ready to handle emergency expenses down the road without having to rely on credit, start building up an emergency fund. Read more here to learn how.

What is a Prepaid Card?

A prepaid card might be one that you’re a little less familiar with than the previous two bank cards we’ve mentioned. In the case of prepaid cards, money is loaded onto them, but these cards aren’t directly connected to your bank account. Once money is loaded, these funds effectively act as your prepaid card balance and you’ll be able to spend up to this amount.

In a lot of cases, prepaid cards are given as gift cards or rewards, but they can also be used for more everyday, practical uses. If you don’t have access to a wide array of banking options for whatever reason, they may be a viable option for you to make regular purchases with. They may also be a good way to regulate your spending if you’re working with a limited budget.

There are a few different types of prepaid cards out there, so if you’re thinking of using one, you’ll want to familiarize yourself with these different types. These can include:

There are plenty more than what we’ve listed, so make sure to do your research and understand the important differences between them.

While you’ll still be spending money you actually have with prepaid cards, there won’t be a direct link between the card and your bank account like there is with a debit card. Instead, the money that makes up your prepaid card balance will need to be loaded into the account for that card ahead of time.

Like we mentioned earlier, certain checking accounts will have an overdraft limit which you can dip into on top of however much money you have in your account, especially in case of emergencies. While this limit usually won’t be nearly as big as the credit limit for your credit card, it still provides you with the capacity to overspend. With prepaid cards, you won’t have to worry about this. If you’re trying to give yourself strict spending limits, they can be a useful option.

Prepaid cards have even more differences from credit cards than they do with debit cards. Whenever you use your credit card, you’re effectively borrowing money from that financial institution. With prepaid cards, you’re either spending money that you’ve loaded up yourself, or money that someone else has loaded up for you.

Just like debit cards, the payment activity on prepaid cards won’t be reported to a credit bureau, so these purchases won’t affect your credit history.

Use Whichever Bank Card Works Best for You

Like we’ve said, whether you’re making purchases online or in person, there’s a good chance that you use at least one of these types of bank cards on a regular basis. There are pros and cons to all three, so if you’re wondering which card is the best, unfortunately there’s no simple answer. The truth is, it largely depends on your financial goals, your spending habits, and your overall financial standing.

The key is to understand how they all work so that you can make an informed choice when deciding which one to use in any given situation, and so that you can get the most out of each! There’s no reason to restrict yourself to using just one type of bank card as long as you’re using them responsibly.

Disclaimer: This article provides general information only and does not constitute financial, legal or other professional advice. For full details, see CreditFresh’s Terms of Use.